Nu-V3 - The Future of Neuromodulation

J.R Robertson, CEO
The Nu-V3 story actually started in early 2008 when Jim Robertson, inventor of Nu-V3 and founder of Nu-Life Solutions, suffered a serious accident and back injury, which also led to an unhealthy reliance upon pain medication. He was treated with an early iteration of the technology and after receiving significant relief, lowered inflammation, which helped avoid back surgery, and eliminating the need for pain meds, Robertson was convinced that the science and technology was valid. He then acquired the distribution rights to this technology but over the next 2 years, after treating many patients with positive outcomes, it became obvious that this particular device, while effective, was never going to be comfortable for a patient to wear long-term and therefore was not patient compliant. This in turn led to the development of the technology invented by Robertson. A non-invasive, miniaturized, wearable device, now known as Nu-V3 and patented internationally.

“I knew nothing about the science or medicine at the time, but I was willing to try anything. I had also become dependent upon pain medications for relief. After having the device applied, it reduced my pain level and lowered the inflammation enough that I was able to avoid back surgery and do the physical therapy I needed to do to become active again. Knowing nothing about the science back then, it seemed a miracle for me,” says Robertson. “I became so immersed in the possibilities of what this technology could do, I travelled to Vienna and acquired the distribution rights to the technology.”

Experiencing first-hand what the technology did for so many different types of patients and feeling the responsibility of taking such a lifechanging treatment to those in need, is what really kept Robertson and his original core team moving forward, even during some difficult times. Fast forward 10 years since the first iteration of Nu-V3 was developed, the Nu-Life team has prepared Nu-V3 and the Nu-V3 Treatment Program to hit the market this year in the United States, closely followed Europe, Japan, Latin America and Canada.

Redefining the way we manage pain, anxiety, depression and sleeplessness

Long story short, Robertson and the Nu-Life team came up with a user-friendly, consumer-ready wearable device set to go to production. Nu-V3 delivers shortand long-term relief through the science of neuromodulation in a way that nobody else does, non-invasively and non-pharmaceutically.

Nu-V3 is a safe replacement for the more prevalent yet highly dangerous pharmaceutical alternatives. Medication for pain, anxiety, depression, and sleeplessness can become addictive, while the body can develop tolerance over time, making them less effective. And while there are other ways to address these symptoms through neuromodulation, acupuncture, or cranial stimulation, they typically provide only short-term relief. The long-term relief is the overall rebalancing of the autonomic nervous system and this is where Nu-V3 makes the difference. Nu-V3 and the Nu-V3 Treatment Program help rebalance the body's autonomic nervous system. "We're actually empowering the body to manage these things themselves. As a result, anybody suffering from pain, anxiety, depression, sleeplessness are prospective patients and there are 1.2 billion people in the world suffering from acute and chronic pain conditions today. These are the folks that we are trying to help,” adds Robertson. “And in this Covid-19 world we now live in, suffering from the debilitating symptoms of anxiety and depression, along with opioid dependency, has skyrocketed.”

The Complex Science of Neuromodulation Made Simple

There are numerous forms of neuromodulation, many effective and worth utilizing, including transcranial magnetic stimulation, deep brain stimulation, spinal cord stimulation and even TENS devices. These all offer some form of efficacy but often are invasive and deliver only short-term relief. Nu-V3, in a way, is the evolution of these existing forms of neuromodulation and Robertson says he supports any form of the science that improves a patient’s quality of life. Having said this, his objective was to deliver a non-invasive, non-pharmaceutical form of neuromodulation that is simple to apply, easy to use, offering long as well as short-term relief.

Robertson says, “The science follows that a slow, steady form of neuro-stimulation, in the way Nu-V3 delivers this science, through the auricular (ear) area, allows for two major shifts in the patient’s relief.

First, the production of Met-enkephalins, the body’s own analgesic which produces a natural opioid that is resistant to the tolerance that pharmaceutical opioids deliver, and the longer-term effect of rebalancing the autonomic nervous system, empowering the body to act and react as it was meant to do before the patient’s adverse event, disease or injury.”

“One day years ago, anelderly lady— let’s call her Martha—asked to speak with me. She had been treated with our Nu-V3 device for a few weeks. She told me one day she had walked into her home to find her son, who had hanged himself. The shock of the experience led to her taking counseling sessions and seeking treatment for the mental trauma. Pills and sleep medication followed, but sadly, the drugs proved too much to bear. She became dependent. As I listened to her, I was not sure what was about to follow. She reached into her purse and pulled out a small bag of pills. Opioids. She said, "I still want to take these every day. But wearing your device allows me to say no every day."”

Thousands of Americans and people worldwide share Martha’s struggle, and to them, Nu-Life Solutions' Nu-V3 promises to be the driving force of change for better living. The solution is purpose-built to manage and mitigate pain, anxiety, depression, sleeplessness, and those with a dependency upon pain medications. Nu-V3 users have reported a significant reduction in pain, lower anxiety and depression, better sleep, an increase in activity and lesser dependence on as-needed medications. and an overall increase in quality of life. As Jim Robertson puts it, "We want to treat the greatest number of people, in the shortest time possible."

According to the latest 2019 Annual DoD report, the overall death rate by suicide across the services rose from 20.2 deaths per 100,000 in 2015 to 25.9 in 2019. The brave men and women defending our country experience their own set of inner battles. Some succumb to the horrors of their struggles overseas and become a part of the grave statistics. To these soldiers' families, the pain of losing their loved ones is the hardest to bear. Many of them also endure pain, anxiety, depression, and sleeplessness. For Martha, the device was the source of strength she needed for her struggle.

With a vision to script several such life-changing stories, Nu-Life is preparing for the open market launch of Nu-V3 in the US and then globally. In many ways, Nu-V3 is not just a device or a technology but also a fully-fledged comprehensive treatment program. "It is the overall treatment program that separates us from anyone else out there, and Nu-V3 is protected by a strong global patent and trademark portfolio. We've been working on this for 12 years now, and we're going to enter the market this year," Robertson adds. It is not surprising then that the company has been named one of the top 50 healthcare technology companies. The device will be commercially available in the US this year, then in Japan, Europe and Latin America. Each step forward is now a quest for them to deliver on their promise of treating the greatest number of people in the shortest time possible.

Robertson says, “Perhaps the most significant development over these past few years is the gathering and acquisition of our leadership. From the Executive and Executive Medical teams to our Marketing and Logistics teams, we are blessed with the talent, experience and leadership to provide Nu-V3 with the greatest opportunity to treat those in need, on a grand scale. I am humbled by their presence.”

And it does not stop there. Nu-Life is continuing to expand their effort to build a global entourage of medical professionals and champions from many areas of interest. Inclusion is their focus. Their global Medical Alliance and Physician’s Network are great exampleswith details of the various ways to participateon their website.

With this groundbreaking technology and the long term, global view toward affordable relief and quality patient care, Nu-Life Solutions could just change the paradigm of how healthcare through neuroscience is delivered. 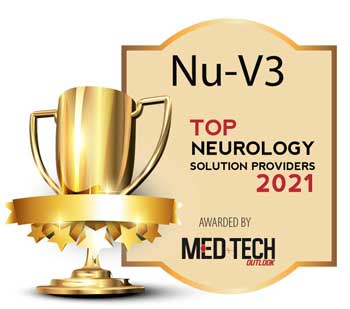 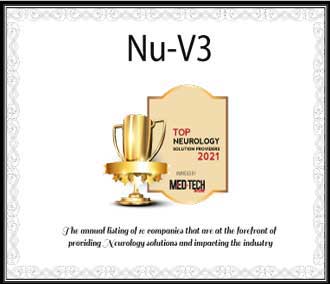 Description
Nu-V3 is a wearable neuromodulation technology that improves function and performance for those who suffer from pain, anxiety, depression, and sleeplessness.Nu-V3 is a safe replacement for the more prevalent yet highly dangerous pharmaceutical alternatives. Medication for pain, anxiety, depression, and sleeplessness can become addictive, while the body can develop tolerance over time, making them less effective. And while there are other ways to address these symptoms through neuromodulation, acupuncture, or cranial stimulation, they typically provide only short-term relief. The long-term relief is the overall rebalancing of the autonomic nervous system and this is where Nu-V3 makes the difference. 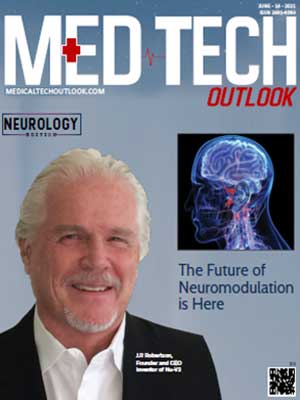